An accomplished trial and appellate attorney, Doug litigates constitutional cases in defense of free speech, religious liberty, and rights of conscience in state and federal courts across the nation.

Doug served in the Minnesota House of Representatives from 2011 to 2013, representing a legislative district in his hometown of Eagan. During his time in the Minnesota House, Doug led efforts to reduce the size and scope of state government, reform tort law, and eliminate burdensome regulations.

Doug and his wife, Jenny, are proud parents of three children: Winston, Annabelle, and Martin.

As Your Minnesota Attorney General, I Will

·        Stand up for Minnesotans and Minnesota businesses when they are bullied by bureaucrats in St. Paul or Washington D.C.

·        Fight corruption and cronyism in government

·        Support and coordinate with law enforcement to protect Minnesotans from all forms of threats to public safety, including acts of terror

Stand Up For Your Fundamental Rights 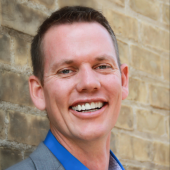 What are we facing in the Middle East in the next four years?