Minnesotans don’t deserve to have their driver’s license take 120 days to get renewed. It’s not the best way to have things done. We want to see things done in a timely matter.

Waiting for a Minnesota driver’s license to arrive in the mail may get even longer. The Minnesota Department of Vehicle Services is now making temporary licenses – the yellow slip of paper – valid for four months instead of the typical two … 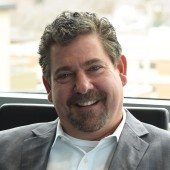 Gov. Walz and I have a good relationship, and we have worked together on a numbe…